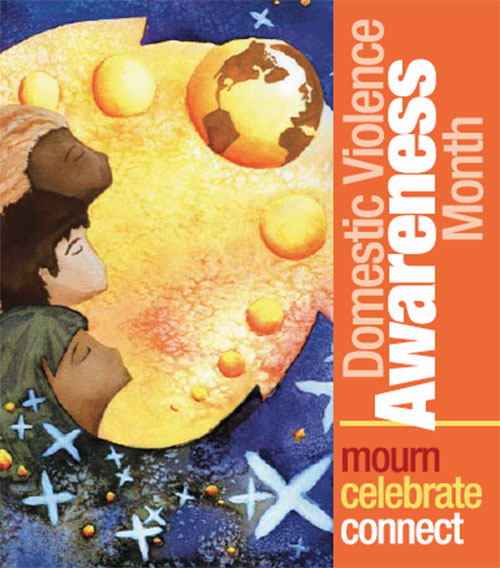 This October, let us honor National Domestic Violence Awareness Month by promoting peace in our own families, homes, and communities. Let us renew our commitment to end domestic violence–in every city, every town, and every corner of America.

In those two sentences he pulled into focus how complex and widespread domestic violence is. This is the first thing to keep in mind about domestic violence—it is everywhere!  It is in wealthy homes and those stricken with poverty; it is vented onto people from every age group and of both genders.  It can be found in institutions, both public and private.

Domestic violence brings to mind physical abuse, but it can also be verbal abuse and it can be neglect.

Saddest of all is that most domestic violence starts out as ordinary domestic living—people in families or groups of friends, or people together because of a common need.  Often, everyone involved has the best of intentions—to provide care, to live together with respect, to pay attention to everyone’s emotional and physical needs.

Violence may begin when reality turns out to be far below the ideals that have been set.  This child refuses to eat and that baby won’t stop crying.  This old man keeps wandering around the facility where he lives and that woman is living with her daughter who is overwhelmed by caring for her.  You can imagine your own scenarios.

And, can you imagine yourself ever resorting to violence to control someone for whom you are responsible?  Do not say “No!”  Given the wrong circumstances it can happen to anyone.  Most often the violence isn’t from a bad person who preys upon weak people.  It’s from a good person who has taken on too much, has set expectations too high or, worst of all, has tried to be a caregiver alone.

So be aware of vulnerable people in your life who might be getting hurt or neglected and also be aware of caregivers you know.  Do they need a break?  Are they shouldering too much of the burden alone?  Are they isolating themselves and the person they are caring for?